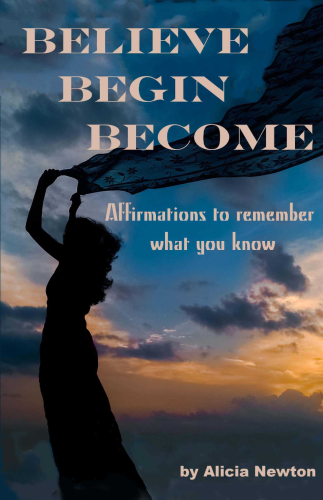 Believe, Begin, Become: Affirmations to Remember What You Know

Alicia Newton, M.A. is a mother, grandmother, possibility coach, trainer, speaker and advocate for social justice. With a background in corporate leadership development and instructional design Alicia has been writing and creating experiential leadership development programs for over 25 years. Alicia believes leadership starts within. Owning your own story, owning your feelings, and affirming yourself when negative thoughts and feelings flood in uninvited. She calls her book the “Gremlin Slayer.”

Believe, Begin, Become: Affirmations to Remember What You Know, was birthed out of the lessons she has learned and reminders she uses to connect and stay connected to her gifts, inner power and true self.

Purchase your copy of the e-book today! 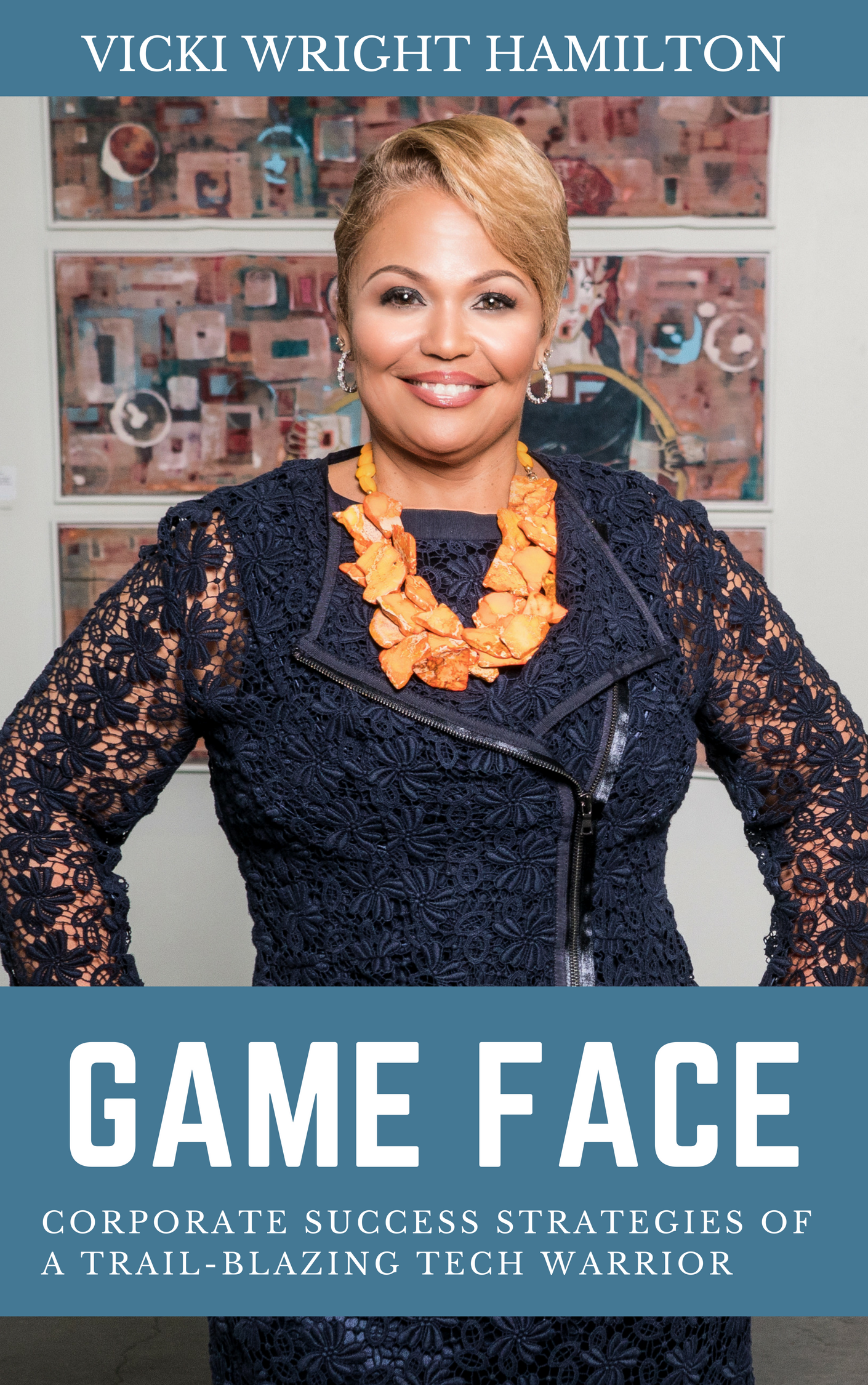 Peek into the personal and professional life of technology pioneer Vicki Wright Hamilton in her new book Game Face: Corporate Success Strategies of a Trail-Blazing Tech Warrior. Mrs. Hamilton is a well-respected technology and change management, her career in executive leadership spans nearly three decades. During her illustrious career she has worked with several Fortune 500 companies. Vicki is the former Chair of Women in Technology and currently serves on the organization’s Advisory Board.

Grab a pen and paper and take notes as Vicki shares the strategies to creating a winning personal and professional life. Follow her story as she navigates being an executive, wife and mother, a minority woman in a male dominated industry. Discover strategies on how to build professional relationships that can help to catapult your career. 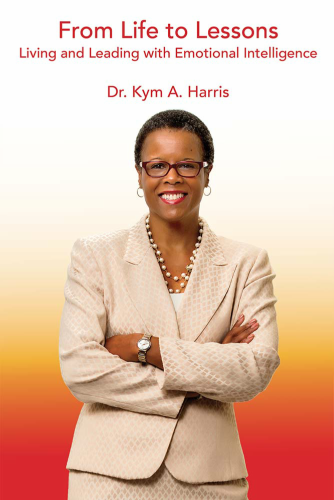 From Life to Lessons

In From Life to Lessons – Living and Leading with Emotional Intelligence, Dr. Kym uses her life and career to highlight the importance of balancing strong performance and relationship management.  She begins by sharing a painful confidence shattering career experience and turns it into a lesson about what it means to be emotionally intelligent.  Throughout the book Dr. Kym’s mantra – “competence is more than performance” -provides one example after another of how to discover, develop, and exploit our more.   Through a collection of essays Dr. Kym shares practical strategies and tips for demonstrating emotional intelligence and shows its impact on career growth, leadership effectiveness, and personal relationships.

Although emotional intelligence is often thought of as heavy and academic, Dr. Kym demystifies it through humorous anecdotes, honesty, and thought leadership. This book takes everyday occurrences and turns them into lessons about how to show up self-aware, authentic, and effective. The transparency Dr. Kym demonstrates exemplifies the vulnerability she encourages us all to display in our own journeys toward stronger emotional intelligence. 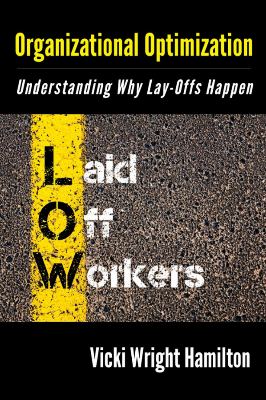 How many people do you know that have been affected by a company reorganization and found themselves out of a job? Perhaps this has happened to you. You find yourself asking many questions: What did I do wrong? Why me? I always got great performance ratings. How am I going to make it? I haven’t interviewed or looked for a job in ages, as I was loyal to this company. Yes, these are the thoughts that often arise when we are faced with the thought of losing our jobs and being jeered out of our comfort zones. 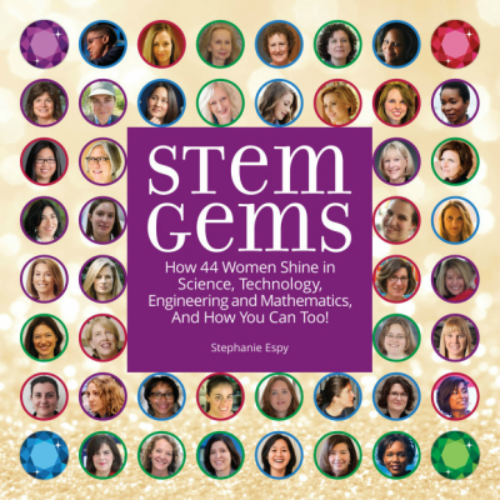 STEM – Science, Technology, Engineering, and Mathematics – is important to our country’s global leadership. Not only does STEM offer the opportunity to engage in exciting realms of innovation and discovery, STEM jobs earn 33% more than non-STEM jobs!

The Gender Gap in STEM

We need to close the gender gap in STEM. This book is a critical step. 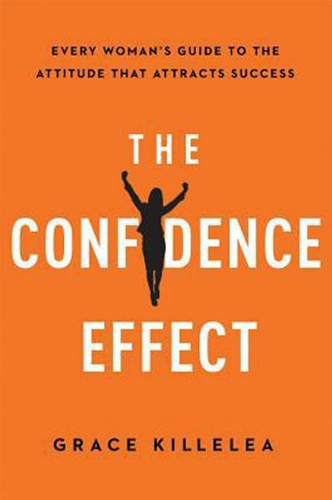 Every Woman’s Guide to the Attitude That Attracts Success

Women now hold nearly 52 percent of professional-level jobs across all fields and outnumber men in earning college degrees, both undergraduate and advanced, as national statistics and numerous studies attest. In the top circles of leadership, however, women are rarely seen and heard. Among America’s Fortune 500 companies, based on figures released in 2015, women claim about 25 percent of senior management positions and comprise less than 5 percent of CEOs. What can the majority of undeniably qualified and extremely diligent women do to close the persistent gender power gap?

A veteran of corporate America who beat the odds to achieve executive status with two media giants, Grace Killelea tells women striving for success: “You must be good at what you do. You must exceed expectations. But competence is only half the equation.” She focuses on helping women develop the other half—the critical link between being highly capable of leadership and being recognized and rewarded for that capability—in her new book, THE CONFIDENCE EFFECT: Every Woman’s Guide to the Attitude That Attracts Success (AMACOM; January 12, 2016).

Yes, as other authors have argued, armed with findings in neuroscience and psychology, women tend to lack confidence to their career detriment. Moving beyond diagnosis and data, THE CONFIDENCE EFFECT delivers what really matters: a solution. Backed by experience, Grace Killelea provides the tools to help every undervalued woman build a connection between her assets and her belief in herself. “Too often,” she acknowledges, “we minimize what we do when what we do is actually exceptional!”