A Map of Success 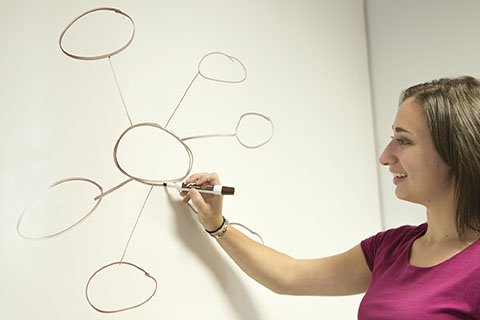 It was a cold winter evening when my phone rang. I was so happy to hear from Lisa, a mentee I had lost touch with over the last 18 months. At one time, Lisa and I would discuss everything from family, health, spirituality and careers. She said she always enjoyed my perspective and ability to break down complex issues to find resolutions.

When I picked up the phone, I could tell immediately that Lisa was distraught from the sad tone in her voice just from the simple hello. Lisa is the kind of person who is always upbeat and ready to conquer the world. She is a truly generous person who always finds a way to help others. Hearing her sound sad was extremely unusual, so I asked her what was wrong. “My life is falling apart on all levels,” she said and began to sob a little. I asked her to slow down, and see if we could take it one step at a time. The first thing that was upsetting her was career related.

For the last 10 years, Lisa had been doing temporary work – with more than six years at one company in a temporary pool of executive assistants. I had always been under the impression that she enjoyed the flexibility that this role offered her, but she actually had hoped to someday be considered for a permanent, non-administrative role – possibly in a position that leveraged her technical skills. During her

tenure with this company, she had an opportunity to work for a true leader who showed an interest in Lisa’s career. Lisa confided that while she loved working for this leader, she knew she was capable of doing more and was eager to have an opportunity to show it.

At that time, her leader had a permanent Executive Assistant position available, and Lisa expressed interest in the role. The leader responded that she would not consider Lisa for the job because it wasn’t really what Lisa wanted. She said “You don’t want to be an executive assistant and you need to keep your skills sharp. If I gave you this job, you would stop working toward what you really want.” Lisa was upset, but she understood the leader’s perspective. Family disharmony was another area that was upsetting Lisa. Her grown son, Michael, has been married for many years to his wife, Maria. They both work, and Michael is also very involved with his ministry and graphics arts. Until recently, Lisa had always had a close relationship with Michael and Maria, but now things were strained.

Lisa didn’t get to see Michael as frequently as she would have liked, and she felt the daughter-in-law was not being supportive of her son’s needs. She perceived that her son was moving away from his spirituality and faith, which had been the foundation of his identity. Maria had told Michael that his responsibility was to support his wife, and that his mother needed to manage her own issues. Lisa felt that she had little influence over the direction her son’s life, or their relationship, was heading. We talked about her options in how to handle her family concerns, and Lisa realized that Michael’s path was really up to him. She had to hope that she had given him all of the tools he needed to make the best decisions for himself and his own family.

This is the hard part as parents, to accept that when our children are grown, we must respect their decisions and desires – even when we worry that they are not the best choices for them. We must trust that our kids to do the best they can – just as we have done the best we could do with our own circumstances. Lisa began to think of supportive ways she could be more supportive of Michael and Maria in the future, and hopefully build back to a closer relationship. Our discussion was going well, but there was still much on Lisa’s mind so I asked her about it. She confided that she was disappointed with herself, both because of being stalled in her career pursuits, but also because of some recent weight gain. We discussed her eating and exercise habits, and I asked if she kept a record, a diary of what triggered her to eat. Over the years, my mentors and mentees have shared many different reasons for overeating and eating poorly. Sometimes it will be out of boredom, depression, and even over portioning at the end of the day.

Lisa decided to write down her eating and physical habits over the last week, and when she reviewed it, it became apparent that she was eating out of depression. All of her food choices were comfort foods, and she never felt like exercising. After our detailed discussions, she began to relate her feelings to her eating. We talked about ways to deal with the root cause of her depression – and this brought us back to her career. Lisa had been working in a temporary capacity for so long, she felt like she was not good enough for a permanent job. Though she worked for her employer in different temporary roles, the company never seemed to offer her a full time opportunity. She wondered if something was wrong with her and that was why she was not part of the full time family. Her self-esteem was very low. We took a step back and analyzed her career path to this point, and determined that she had stayed in the temp pool as an Executive Assistant for too long. It had been years since she had used her other skills or updated her capabilities. She kept holding on thinking that a job would just fall into her lap, but didn’t network with others to pursue new opportunities. After 10 years, she was working at a temporary part-time job.

It was time for a plan. Together, we mapped out her next steps for her path to a fulfilling, full-time position. Lisa decided she would:

Seek opportunities to become more active within professional associations both to grow her network and gain experience in other areas.
Increase the tools in her toolbox by learning additional skills after work hours. She would consider online resources including free tutorials and skill building articles posted online.
Meet weekly with her mentor to help stay accountable to someone and also have support as she makes her plan each week for exercise, a meal plan and career action steps.

Lisa also decided to keep a journal of her feelings: What she was happy about? What upset her or made her feel incomplete? What were the positive changes and her feelings about them? This will help understand some of the reasons for how she feels, and will offer her a new perspective. I’m so proud of the way Lisa has taken charge of her life, and her actions are really paying off. She started by walking 3 days a week for 2 miles in 30 minutes. She kept a food diary and began to realize how frequently she was eating without even thinking about it. She said that the journal of feelings and action plans to secure a full-time job helps her stay focused. Lisa and I spoke a few days ago, and she said that meeting with her mentor has really helped. Having a regular time to express her thoughts and concerns with someone who solidly in her corner gives her something to look forward to, and has been a boost to her confidence. And while Lisa has not found a full-time job yet, she is definitely on the right track and improving in all aspects of her life. Well done, Lisa!